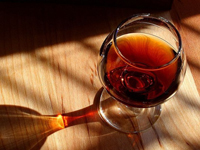 History of wine starts thousands of years ago, and is inextricably connected to the history of agriculture, ceramics, culture and humanity itself.

Recent archaeological evidences found that the earliest systematic cultivation of vine as known today, was made in the region of the Caucasus, around 8,000 BC, between current Iran, Armenia and Georgia. 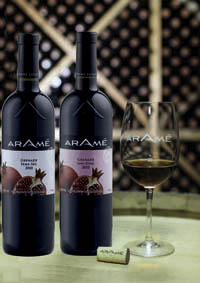 Pomegranates were initially cultivated in the region of the Caucasus, and gradually spread further to the East to the areas of the Himalayas. Nowadays, is widely cultivated across the world in many countries.

The word "pomegranate" comes from the Latin "pomum granatum" which means "apple with many seeds." The exact number of seeds in a pomegranate can vary from 200 to 1400, and the perception that all pomegranates have the same number of seeds, it is not true.

The pomegranate has been mentioned in many ancient texts like the Homeric Hymns, and has been for centuries the symbol of good luck and prosperity.

Recent scientific studies have shown that pomegranate consumption is very useful since it contains a significant amount of antioxidants. 100 ml of pomegranate juice has three times more antioxidants than 100 ml red wine or green tea. The health benefits are almost legendary.

The fruits of the cherry tree, Prunus, differ in size and color, depending on its variety.

The exact origin of the fruit has not been determined clearly, however, ancient Greeks believed that it came from Asia Minor, most probably from the city of Kerasounta in the Black Sea, from which later took its name, “kerasi” in Greek. 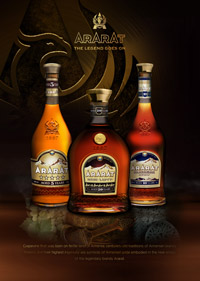 Brandy is considered a noble drink, made from distillation and aging of wine, with alcohol content 35% - 60%.

The ‘name’ brandy comes from the Dutch 'brandewijn' which simply means 'burnt wine'.

Traditionally, brandy is served at room temperature in a ‘tulip’ shaped glass and connoisseurs usually ask to pre-heat the glass.

The increased temperature causes evaporation and emergence of the flavors of the beverage, and the narrow top shape of the glass, protects the aromas from being lost. Alternatively, similar temperature can be reached by holding the glass in the palm, in order the beverage to reach the desired human body temperature.

Apricot is the fruit of the tree, which belongs to the family of rosacea.

Originally was found in North China, Manchuria and Mongolia.

Its cultivation has been known in China since 2,200 BC and moved to Greece and Europe through Ancient Armenia by Alexander the Great.

The scientific official name of apricots is Prunus Armeniaca, stating its origin.

Dioscourides the doctor and pharmacist from Cilicia, refers to apricots as 'Armenian apples', in Cyprus and the Dodecanese islands are called ‘golden apples’, while in other parts of Greece are called 'zardelia' or 'zardelies'.

Known as the "golden apple", and as a symbol of love, quince is one of the most important allies of health.

Quince is the fruit of the bulbar type of quince (Cydonia oblonga) and a native of southwestern Asia, namely the Caucasus.
It is a deciduous tree that reaches about 8 meters tall, and is close with the apple and pear trees. Its fruit is pear-shaped, and with yellow and gold color when ripe.

Follow us in Social Media and stay tuned to hear from us.